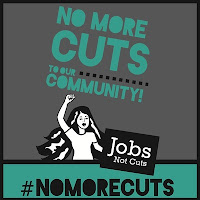 Teamster General President Jim Hoffa sent a letter to members of Congress today urging them to vote against Speaker John Boehner's plan to raise taxes on the middle class and cut them for millionaires.

The House of Representatives is expected to vote on the plan tonight.


Giving a $50,000 tax cut to millionaires while cutting off unemployment benefits to more than 2 million Americans still looking for work is more than a wrong-headed approach -- it's downright mean spirited.

Hoffa points out Boehner's plan actually raises taxes on the middle class by eliminating a tax incentive for college and hurts the working poor by changing the Child Tax Credit and the Earned Income Tax Credit.

Others note that Boehner's plan has nothing to do with shrinking the deficit as it is a $4 trillion tax cut.

Hoffa concludes that Plan B is "Backward in its thinking, Blind to the Less Fortunate and Bad for business."

You can sign a petition here to take Social Security off the table. Addressed to the White House, it says,


This petition is meant to stop any cuts to Social Security during the fiscal cliff negotiations since it does not directly contribute to the national deficit. As such, making cuts to the program will not lower the deficit and will make life harder for the poor, who depend upon it for survival.