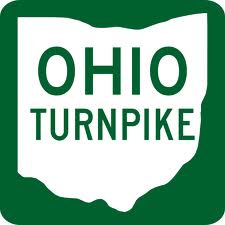 A leaked email shows that corporate stooge Ohio Gov. John Kasich desperately wants to sell off the taxpayer-owned Ohio Turnpike and fire the hundreds of Teamsters who work for it.


Governor John Kasich claims he’s waiting for the results of the KPMG study before making a decision about whether to lease or bond against the Ohio Turnpike, but documents obtained by Plunderbund indicate the decision was made long before KPMG ever started work.

According to an email sent March 25, 2012, Spencer Wood, CIO of the Ohio Department of Transportation, told a consultant that ODOT was planning a “hostile takeover” of the Ohio Turnpike and unionized employees would “be laid off and replaced”.

Here's what the emails between Wood and the consultant said:


Ohio passed legislation that gave the State DOT legal authority to take over the Turnpike (which is currently a separate entity) or to lease it out to someone. This will essentially be similar to a hostile takeover as the teamsters now currently control the turnpike and will likely be laid off and replaced by State union or private employees. ... The RFP for leasing will be ready to go by the end of ’11 or at the latest by March ’12. They are using an independent consultant to value the tpke and help them ready it for leasing.