Yes, you can complain about your job on Facebook 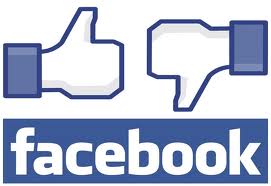 The National Labor Relations Board says you can!  In a memo!

The labor board was responding to complaints from Teamsters and UFCW members. Their employer, a multinational grocery chain, tried to prevent them talking about their jobs on Facebook and Twitter.


Leaders of the United Food & Commercial Workers (UFCW) union and the Teamsters have successfully backed down a large multinational conglomerate that attempted to impose such restrictions on more than 100,000 workers across the New England and Mid-Atlantic regions, union officials said.  Complaints to the National Labor Relations Board (NLRB) have resulted in the New York-based unit of the company withdrawing the disputed policy, and a settlement of similar complaints is imminent in the Baltimore area, they said...

The fight erupted late last year when supermarket chains owned by the Dutch retailing conglomerate Royal Ahold began demanding that employees sign a “Social Policy Guidelines” document that warned of dire consequences if workers used social media outlets like Facebook and Twitter to communicate too freely about their jobs. The grocery chains—Stop & Shop in New England/New York, Giant Food in the Mid-Atlantic, Martin’s Food Markets in Virginia, and a separate home delivery service called Peapod—threatened disciplinary action, including possible dismissal, if employees refused to sign the document or violated any of the guidelines.


“I told the guys not to sign anything. They (Giant) can’t pull this shit. It was retaliation, plain and simple. They did it (imposed the social media policy) because in 2010-2011 we fought them on the contract,” Brooks said, referring to heated contract talks in which Giant has sought to cut Teamster jobs in the area.

Brooks quickly filed an NLRB complaint and was joined by two other Teamster locals in the region that also have contracts with Giant.

The NLRB ultimately responded with the memo on May 30. According to PC World:


It is illegal for U.S. employers to issue broad-based prohibitions of employee discussions about their workplaces on social media, according to a new memo from the acting general counsel of the U.S. National Labor Relations Board (NLRB).

General Counsel Lafe Solomon, in a May 30 memo, examined social media policies at seven employers, including General Motors and Target Brands, and found six of the polices overly broad.

Solomon, in his third social-media memo since August, found that the six policies have provisions that violate Section 7 of the National Labor Relations Act, which allows employees to join labor unions and to discuss working conditions with each other. Solomon's opinions say employers cannot prohibit employees from discussing working conditions, including salary, with coworkers on social media.

There ARE some things you can't do, though. The NLRB says it's okay for Walmart to ban nasty, obscene and harassing posts. Companies can also protect certain confidential information.
Posted by Teamster Power at 12:30 PM