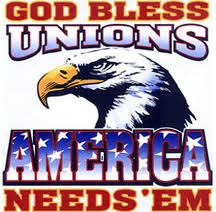 And a new study proves we live longer.

Called "Bringing You More Than the Weekend: Union Membership and Self-rated Health in the United States," it's kind of long and boring. We offer a summary of the highlights and a translation: