Starbucks buys mugs made in US 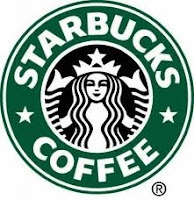 Here's some good news from The Street:


In an era of disappearing manufacturing jobs and struggling small towns, a giant corporation has become an unlikely hero in Ohio. East Liverpool, by the Ohio River, has been called country's "Pottery Capital," but lately just a few factories remain.

Among them is American Mug and Stein, which recently finished up its heftiest order ever: Starbucks(SBUX_) requested 20,000 mugs. The project allowed owner Clyde McClellan to double his staff--and continuing Starbucks orders have let him keep them employed, NPR reports.

Hausenware, Starbucks' mug and tumbler supplier, normally looks to overseas factories. This time, however, the company opted to stay domestic -- even though it takes far longer for McClellan's firm to make the mugs on old equipment.

"When these small towns and these small factories are supported by a large customer that believes in it, we can make it happen, we can bring it back," says Hausenware's owner.

"There are hundreds of East Liverpools around the country today," notes Starbucks boss Howard Schultz. "Even though it's more expensive to manufacture this mug in the US ... this is what we need to do."

The story of East Liverpool is sadly familiar:


James Bennett, an English potter, established the pottery industry in East Liverpool, and it became the community's leading employer. East Liverpool became known as "The Crockery City." East Liverpool once produced more than half of the United States's annual ceramics output. Throughout East Liverpool's ceramics history there were more than 300 potteries. Of these, three remain: The Hall China Company, the Homer Laughlin China Company (located across the Ohio River in Newell, West Virginia) and Pioneer Pottery.

Among the most famous of East Liverpool's ceramics was the porcelain known as Lotus Ware. Produced by Knowles, Taylor & Knowles in the 1890s, this Moorish- and Persian-influenced artware swept the competition at the 1893 World's Fair in Chicago. It is generally considered to be the finest porcelain ever produced in the US. The Museum of Ceramics in downtown East Liverpool has the country's largest public display of Lotus Ware.

Since the mid-1960s or so, East Liverpool's pottery industry has steadily declined. This has been because pottery workers in less-developed countries—among them China, South Korea and Taiwan--are paid a small fraction of the wage of American workers.