One last push in WI; race still a dead heat 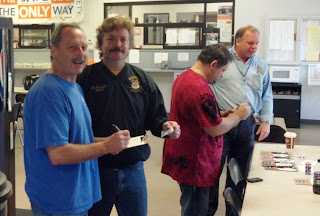 Teamsters are phone banking Wisconsin voters even as we blog right now. The get-out-the-vote effort has been truly awesome. The photo above, for example, shows Local 200 member Greg Kender, Local 200 Trustee and DRIVE Lost timer Jim Hilgenberg, Local 200 member Pedro Ortiz and IBT Field representative Kevin Currie. They were getting out the vote at USF Holland today in Wisconsin. Now they're working the phones.

The photo below, taken just minutes ago, shows two of the many BLET Teamsters phone banking their Wisconsin brothers and sisters from Washington, D.C. (Well, it shows the top of their heads at any rate.) If phone banking doesn't look glamorous, it isn't. 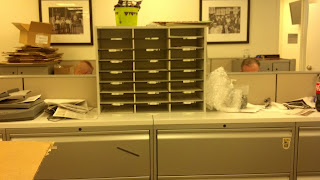 Win or lose on Tuesday, let's all remember that recalling Scott Walker was always an uphill battle. Removing an incumbent governor from office is hard, especially when he has more than $50 million of secret corporate contributions from outside his own state.

This is a fight for the middle class in this country and we're all proud to be in it.
Posted by Teamster Power at 6:56 PM