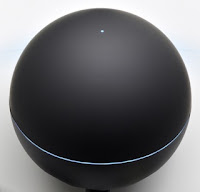 
Etched into the base of Google’s new wireless home media player that was introduced on Wednesday is its most intriguing feature. On the underside of the Nexus Q is a simple inscription: “Designed and Manufactured in the U.S.A.”

The Google executives and engineers who decided to build the player here are engaged in an experiment in American manufacturing. “We’ve been absent for so long, we decided, ‘Why don’t we try it and see what happens?’ ” said Andy Rubin, the Google executive who leads the company’s Android mobile business.

Google is not saying a lot about its domestic manufacturing, declining even to disclose publicly where the factory is in Silicon Valley. It also is not saying much about the source of many of its parts in the United States. And Mr. Rubin said the company was not engaged in a crusade.

Still, the project will be closely watched by other electronics companies. It has become accepted wisdom that consumer electronics products can no longer be made in the United States. During the last decade, abundant low-cost Chinese labor and looser environmental regulations have virtually erased what was once a vibrant American industry.

We've pointed out time and again that manufacturing employment in the U.S. computer industry is actually lower in 2010 than it was in 1975.

Trade Reform mentions some of the reasons it MAY be on the rebound:


Rising labor and energy costs have made manufacturing in China significantly more expensive; transportation costs have risen; companies have become increasingly aware of the risks of the theft of intellectual property when products are made in China; and in a business where time-to-market is a competitive advantage, it is easier for engineers to drive 10 minutes on the freeway to the factory than to fly for 16 hours.