Today our California brothers are refusing to cross a picket line extension set up by our Indiana brothers at a Republic Services facility in Milpitas, Calif.

Teamster solidarity is a beautiful thing.

Eighty Indiana Teamsters, members of Local 215, were locked out of their jobs on May 8 by Republic Services in Evansville. On Friday, a few of the Indiana Teamsters traveled to California to extend their picket line. They set up a line at a transfer station in Richmond. Teamsters from Local 315 refused to cross it. 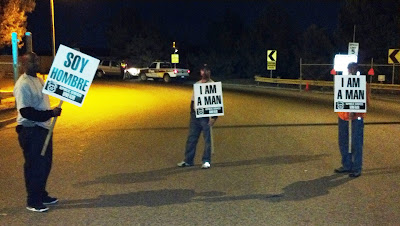 Our Indiana brothers then traveled 50 miles south to Milpitas, where very early this morning they extended the line to a hauling yard and recycling center.

And Teamsters from Local 665 are walking the picket line as well (they don't have a contract with Republic). 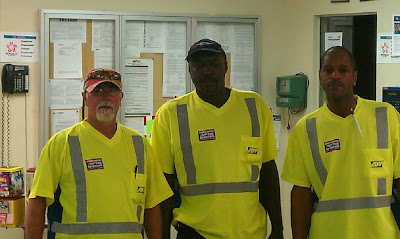 You may remember that 24 Teamsters from Local 991 in Mobile went on strike against Republic Services on March 22. They were followed by sympathy walkouts in Columbus, Ohio, and Buffalo, N.Y. Workers in the Seattle area were met with picket lines March 29. On April 2, the Alabama Teamsters ratified a contract and went back to work, knowing that 400 Teamsters had their back.

We recall the words of Alabama striker Robert Agee:


It means a whole lot to know that other guys stand behind us.