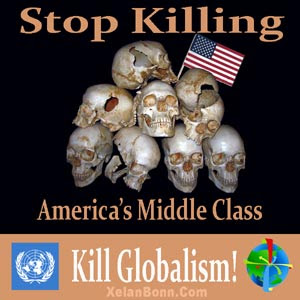 The U.S. trade deficit with S. Korea widened in the first month after the corporate giveaway masquerading as a trade deal took effect.

The first month of data -- for April -- is out, reports Public Citizen. It isn't pretty.

According to Inside US Trade,


The U.S. trade deficit in goods with South Korea tripled during the first full month the U.S.-Korea free trade agreement was in force...

And, just as we predicted, auto imports from S. Korea increased while U.S. exports stayed the same. Again, from Inside US Trade,


...While U.S. exports of autos and auto parts stayed the same over both months at roughly $100 million, imports from Korea rose to $1.76 billion in April from $1.56 billion the previous month.

And now we're negotiating another job-killing trade deal, the TPP?


Insanity: doing the same thing over and over again and expecting different results.

Posted by Teamster Power at 4:24 PM