This IN Teamster running for state Rep 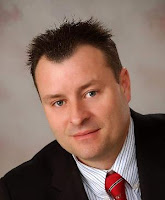 Four of our Teamster brothers are running for those legislative seats. We told you about state Senate candidate Jim Cahill, principal officer of Local 716 in Indianapolis. Today we're introducing you to Jim Kincaid, assistant to the president of Teamsters Local 89 in Louisville.

Jim Kincaid is running in the May 8 Democratic primary in a bid to unseat Republican state Rep. Rhonda Rhoads.

Alva "Jim" Kincaid, 45, assistant to the president of Teamsters Local 89 and a longtime Jeffboat welder, said he's seeking the seat because he has become infuriated with Rhoads' support for "dismantling public education" and targeting organized labor through the recent right-to-work legislation.

The new law makes it illegal to force employees to join a union or pay union dues as a condition of employment, which Gov. Mitch Daniels and GOP leaders say will lure businesses to the state and rein in labor costs...

He grew up in Bradford and graduated from North Harrison High in 1985. After a four-year stint in the Marine Corps, he worked at Jeffboat, rising to the rank of chief union steward in 2003.

He said he expects to round up $10,000 in donations from friends, family and some union groups to run a grass-roots primary campaign that will involve meeting voters door to door.

He has a Facebook page up (you know what to do). On Monday he reported,


On Saturday we knocked over 300 doors in Sellerburg. The response was great...District 70 is ready for a change and will bring it. If you want to volunteer, let us know!