Suicides rise due to foreclosure, austerity 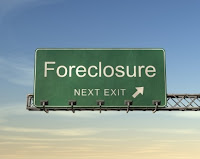 Numbers can describe how Wall Street plundered the middle class, but they can never tell the full story of the hardship and tragedy caused by corporate greed.

Numbers can give us a partial understanding of the deaths brought about by economic pain. AolNews reports,


America's suicide rate rises and falls in relation to how well the economy is doing, according to the first-ever study to compare age-specific suicide rates to U.S. business cycles.

No surprise then, that suicide by foreclosure in the U.S. and death by austerity in Europe are both on the rise.

This past Thursday, a Modesto, California, man whose house was in foreclosure shot and killed the Sheriff’s deputy and the locksmith who came to evict him from his condominium unit. Modesto authorities responded by sending 100 police and SWAT snipers to counter-attack, and it ended Waco-style, with the fourplex structure burning to the ground with the shooter inside.

It’s not surprising that this should happen in Modesto: Last year the Central California city’s foreclosure rate was the third worst in the country, with one in every 19 properties filing for foreclosure.  The entire region is ravaged by unemployment, budget cuts, and blight — the only handouts that Modesto is seeing are the surplus military equipment stocks being dumped into the Modesto police department’s growing arsenal.

The shooter who died was 45 years old and he appears to have lost his condominium over a $15,000 home equity loan he took out almost a decade ago, owed to Bank of America. The condo was sold at an auction for just $12,988 to a shady firm, R&T Financial, that doesn’t even have a listed contact number. Too much for the former security guard, who barricaded himself in the condo which had been in the family for decades. He refused to walk out alive...

Sometimes the “losers” in this class war make it easier on everyone else by killing themselves and setting themselves on fire as they’re being evicted, as one Ohio couple recently did. Others class war “losers” aren’t as cooperative, like a Florida man who was gunned down by police after he set his foreclosed townhouse on fire last year.


Ames goes on to describe how Robert Bales, the soldier accused of shooting 17 Afghan civilians, was swindled by a predatory loan company called Paramount Equity. We don't have a lot of sympathy for Bales, since he perpetrated his own fraud. According to Opposing Views,


Before enlisting in the Army, Bales worked as a stockbroker in Columbus, Ohio. During that time period, federal financial regulators found him guilty of numerous crimes including fraud, breach of fiduciary duty, churning, unauthorized trading and unsuitable investments.

Still, Bales is fighting for his life while Hayes Barnard, the owner of Paramount Equity, was named “Entrepreneur of the Year” by the chamber of commerce in Roseville, Calif., where the company is headquartered. Last year Barnard was honored as one of the Sacramento Business Journal's "40 under 40” leaders.


If suicide is a measure of a society’s health, the Eurozone is getting sicker by the minute. The rate of people taking their own lives is soaring in Europe at such a clip that the trend has given birth to a new media term: "Suicide by economic crisis." How has it come to pass that people would rather die than be subjected to the pain imposed by global elites?...

The new wave of suicides tracks closely with rising unemployment. In Ireland, churches offer seminars on themes like "Suicide in Recessionary Times." Ever more draconian austerity measures that strip income and social aid act as a toxin, leaving the population so stricken that for some, dying seems the only relief.

In Greece ... in 2011, when the joblessness rate rose from 13.9 percent to 20.9 percent, calls to a major suicide hotline more than doubled, with 5,500 people talking of ending their lives. Hotline workers report a variety of underlying issues cited by callers, but job losses and deep cuts in salary are prominent. Callers who often reveal no previous history of mental illness testify to life changes too devastating to cope with. A Greek Ministry of Health study found that the suicide rate in the first half of 2011 was 40 percent higher than the year before.

Parramore recounts the shocking stories of the 55-year-old Greek businessman who set himself on fire outside the bank that wouldn't see him and the retired Greek pharmacist who shot himself outside the Greek Parliament.

You just have to wonder how many more people will have to die before we lock up the crooks and swindlers destroying the world economy.
Posted by Teamster Power at 11:49 AM