Pete Seeger's death on Monday at the age of 94 is being mourned by Teamsters and union members throughout the world. Seeger supported working people, marching and singing at hundreds of union rallies. He inspired the civil rights movement, rewriting and popularizing 'We Shall Overcome' and other favorites such as 'If I Had a Hammer,' 'Jacob's Ladder,' 'Solidarity Forever,' 'Keep Your Eyes on the Prize' and 'We Shall Not Be Moved.'

John Hasley, a retired Teamster carhauler and member of Local 710, saw Seeger many times at Farm Aid, where he volunteered and Seeger performed for years. Hasley took this photo of Seeger a few years ago at the benefit: 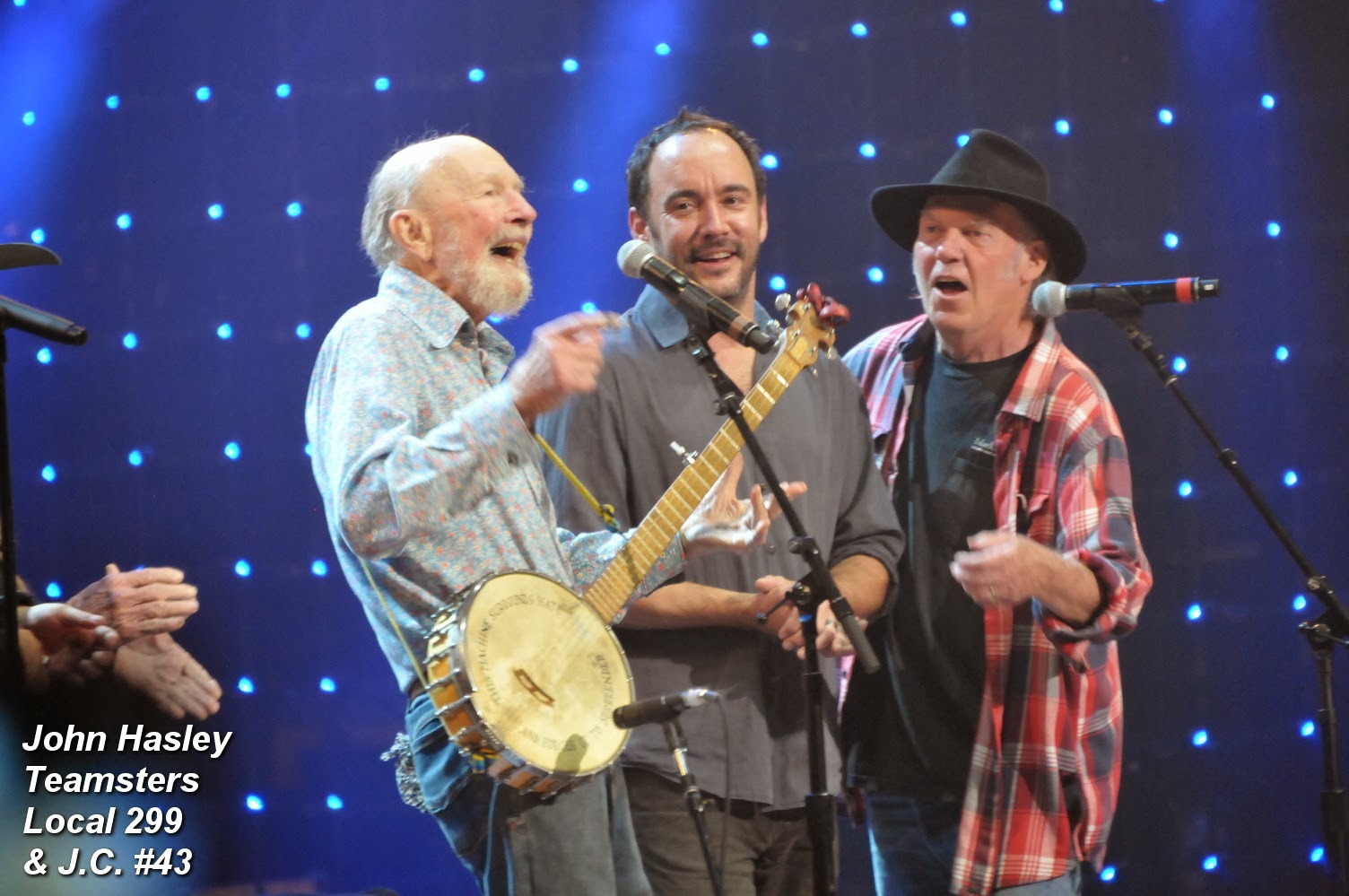 
Pete Seeger (was) a 20th-century troubadour who inspired and led a renaissance of folk music in the United States with his trademark five-string banjo and songs of love, peace, brotherhood, work and protest...


"Pete has always had an interest in the labor movement and has been associated with unions. Whenever there was a problem that a union had, Pete was always available," Foner said.

He was sentenced to a year in prison for his testimony before the House Un-American Affairs Committee in 1955. The conviction for contempt was overturned. This is what he said:


I have sung for Americans of every political persuasion, and I am proud that I never refuse to sing to an audience, no matter what religion or color of their skin, or situation in life. I have sung in hobo jungles, and I have sung for the Rockefellers, and I am proud that I have never refused to sing for anybody. That is the only answer I can give along that line... I have never done anything of any conspiratorial nature. . . . I love my country very deeply.

For a terrific collection of clips and anecdotes, check out Mother Jones here.

And RIP, Pete.
Posted by Teamster Power at 5:05 PM