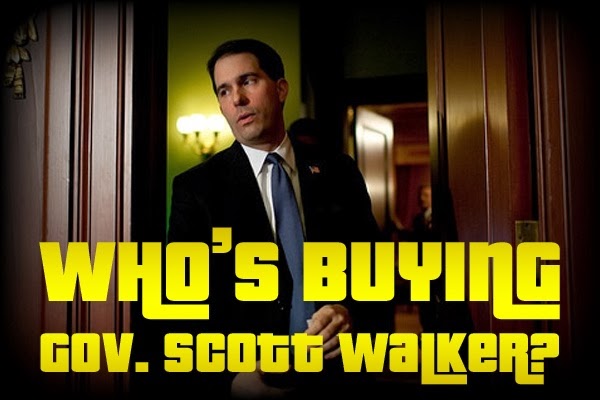 One Wisconsin Now put up a terrific Pinterest page with photos of all the sociopath billionaires who are buying Wisconsin job-killer Gov. Scott Walker.

These charming people are writing large checks to Walker so he'll turn Wisconsin into a feudal serfdom. He's already caused real per capita income in Wisconsin to fall 2.2 percent behind Minnesota, a state remarkably similar to Wisconsin except it doesn't have a governor trying to destroy it.

Here are a few of the folks who own Scotty:

Read about all of them. You may want to wait until you're about to take a shower, though.