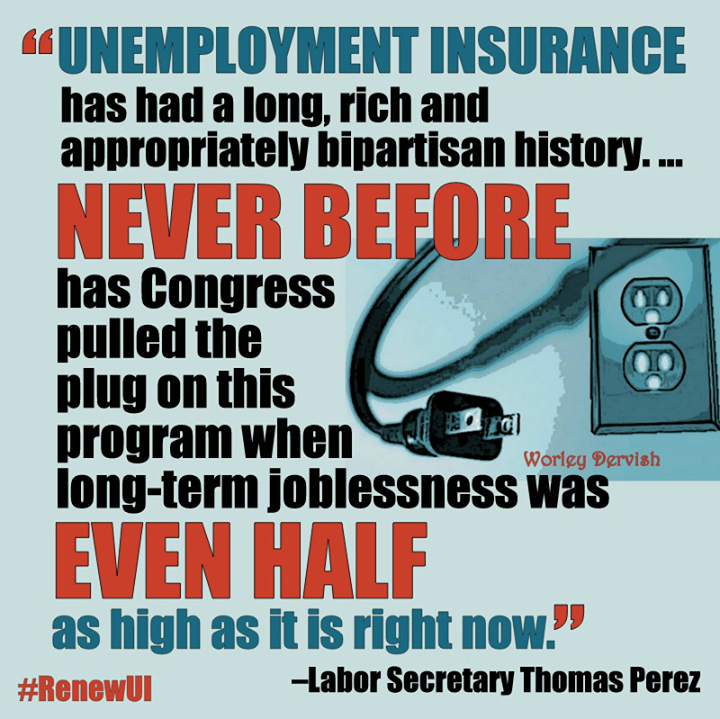 This just in: The U.S. Senate voted to move forward with a bill to restore unemployment benefits. The Senate will have to vote again, and the House will have to go along with it, but still it's good news for Teamsters and the entire country.

Because without the extension, the U.S. economy will lose $1 billion a week. Unemployed people spend every dime of their benefits, and that helps stimulate commerce. (Tax breaks for the rich, on the other hand...)


The Senate voted narrowly Tuesday to move ahead with a measure to extend unemployment benefits for the long-term jobless, despite Republican demands for corresponding budget cuts.

Immediately after the surprise vote, President Obama urged Congress to quickly finish the job of providing “a vital economic lifeline” to millions of Americans, part of a public and private campaign to sway wavering Republicans to come aboard. “We’ve got to make sure this recovery leaves nobody behind,” he said, stressing that the deep recession that gripped the nation at the beginning of his first term “was so devastating that there are still a lot of people who are struggling.”

Teamsters General President Jim Hoffa sent a letter to every member of Congress today, urging them to extend the unemployment benefits. To the senators, he wrote:


I urge you to swiftly reinstate the Federal Emergency Unemployment Compensation (EUC) program which abruptly expired on December 28th. The failure of Congress to extend the program has already cost nearly 1.3 million Americans their primary lifeline during an ongoing and difficult search for work.

The EUC program already helped millions of Americans avoid the grip of poverty during the great recession. With an estimated one job currently available for every three job seekers, the labor market is structurally unable to employ all of those who have been removed from the EUC program. The long-term unemployed face an especially uphill battle, with approximately 37% of the unemployed having been out of work for over 26 weeks.

You can help. Call your representatives in Congress. It's easy. Just click here.

Posted by Teamster Power at 5:41 PM