Here's the truth: Congressional Republicans don't care about the deficit 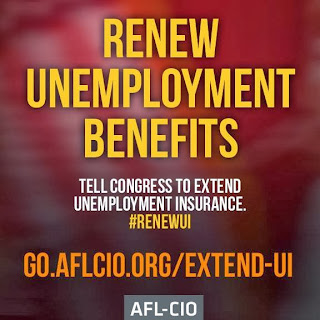 As American workers struggle to find jobs that don't exist, Republicans in Congress won't allow any extension of unemployment insurance benefits unless it’s “paid for” with money other government programs.

They’ve never demanded that of Republican administrations, notes R.J. Eskow at the Campaign for America's Future.

He calls them out for being disingenuous, mean-spirited, and insincere. But he's not too pleased with Democrats who go along with 'pay-for.'


Why aren’t Democrats instead speaking up against the “pay for” logic that gives a free pass to the wealthy and corporations – especially when the total cost is a blip, a rounding error, on a $1 trillion 2014 federal budget?

Economically, “pay for” is a Catch-22: It means every job-creating proposal must be offset with job-killing cuts elsewhere.

Besides, it’s not as if Republicans actually mean what they say. Their concerns about deficit spending inevitably disappear when the subject is tax cuts for the wealthy or goodies for defense contractors. They don’t really care about “paying for” anything. That’s just a rhetorical device, a stalling tactic against a program which (like so many popular and useful programs) they simply hate.

If Republicans really wanted to “pay as they go” for deficit-increasing measures, they won’t keep extending “temporary” tax breaks for favored constituencies. Instead they’d adopt the proposal from Howard Gleckman of Forbes magazine, who suggested that Congress apply similar “pay-for” rules to the dozens of “temporary” tax extensions that it routinely renews every year. As Gleckman points out, the benefit of those deficit-increasing tax breaks go to groups that include “Manhattan real estate developers, auto racetrack owners, movie studios, distillers of Puerto Rican rum, multinational corporations” and other business interests.

When it comes time to renew these tax breaks, all the deficit fears and “pay-go” talk go right out the window.