Iowa Democrats to ALEC: Explain why you aren't unethical 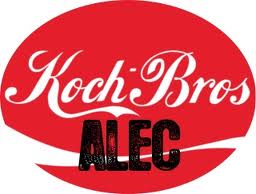 For some reason (maybe because they wanted to seem 'bipartisan?), ALEC announced that all members of Iowa's legislature were members.

Even the Democrats who never paid dues (which would be all of them).

He also demanded to know who paid their membership dues, since the Democrats hadn't. He wrote:


If a corporation or other entity has paid dues to ALEC on behalf of Iowa state legislators, we believe such action likely constitutes a violation of Iowa ethics law.

The letter actually made three requests:
The DesMoines Register picked up the story, noting:


ALEC has been the target of a withering, months-long campaign by Democrats and liberal groups, who say it’s a sharply partisan organization that allows corporate interests to write legislation and wield undue influence in state legislatures.