Inflation is low. Wages are lower. 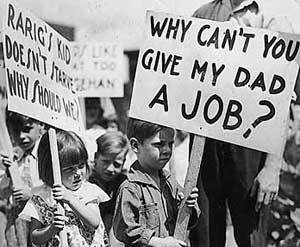 Inflation is extremely low right now in the United States, but wages are even lower, economists say. And that's not good for anybody.

The Consumer Price Index rose only 1.5 percent over the past year (not counting housing and education).

According to the Economic Populist,


...the BLS released real hourly earnings for December. The hourly real wage decreased -0.3% for the month and weekly earnings had no change for the year due to less hours. This means wages are not keeping up with inflation and this is when inflation is at extreme lows.

(Here's what causes declining wages: The war on workers.)

Some economists fear the relentless fall in wages for average Americans will plunge the country into a depression. If people don't have enough money to spend, then businesses won't sell enough to survive.

Even some members of the Federal Open Markets Committee are concerned. A note from the Federal Reserve Bank of Atlanta reports that, during a discussion of the FOMC:


A few participants noted the risk that the persistent weakness in labor force participation and low rates of productivity growth might indicate lasting structural economic damage from the financial crisis and ensuing recession.

Which is what we've been saying all along: The war on workers is destroying the middle class, weakening businesses and undermining democracy.

This is why raising wages -- of not just Walmart and fast food workers, but school bus drivers, food processing workers and port truck drivers -- is in the self interest of every American.
Posted by Teamster Power at 6:40 AM