They stole your house and your pension. Now they want your Applebee's gift card. 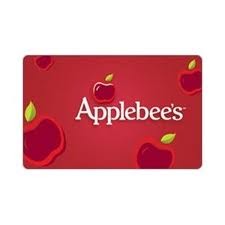 The looting of the middle class used to be a lot more subtle. Cell phone companies would zap you with early termination fees. Banks would charge hidden fees on your credit cards or ding you with excessive fees to manage your 401(k) plans. Insurance companies would overcharge for health care.

But at least they tried to confuse you about what they were doing.

Lately the thieving by corporations and their government lackeys has been open and unmistakable.

Banks are just breaking into people's homes -- while they're occupied -- or robbing all of people's possessions. (Note: they don't go to jail for doing this.)

In Europe, governments are seizing private pensions. They've already done that here to some company-sponsored pensions, as any United Airlines worker can tell you. Now they're going after government employee pensions hammer and tongs. Look out for your Social Security, because that's next.

Brace yourself for the most brazen theft of all: they're coming after your unused gift cards. That's right. New Jersey passed a law to claim any gift card bought in the state that hasn't been used for two years. They could seize any travelers' checks or money orders that weren't used for three years. That way, they figure they can raise $80 million to fill the state budget hole.

Fortunately, a judge put a hold on that law, at least for now. Reports the Associated Press


The new law was to go into effect earlier this week, but over the weekend U.S. District Court Judge Freda Wolfson issued a temporarily restraining order keeping it from being enforced until a hearing can be held.

So if you support politicians who want to take away public employees' pensions, just remember they'll be coming after your Applebee's gift card next. Not to mention your pension, your house and all your possessions.
Posted by Teamster Power at 2:09 PM