What a difference a governor makes in MN 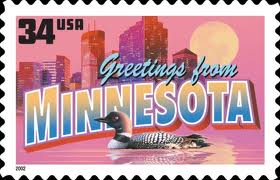 Maybe even worse. Minnesota Rep. Keith Downey actually says he wants to "strangle the beast" of public worker rolls. (Typical of predatory capitalists, Downey doesn't seem to have any problem with consultants looting the state treasury. That's probably because he was one.)

Led by Downey, the Republicans who now control Minnesota's Legislature recently unleashed a series of anti-union attacks. They want to eliminate about 5,000 state workers' jobs. They want to freeze, if not reduce, wages and benefits. They want to make it easier for the state to fire employees if their contracts expire. They want to freeze teacher pay and limit their right to strike. (Nothing about consultants, though.)

This is why it's important to get out and vote. Teamsters Local 320 in Minneapolis worked hard to elect Democratic-Farmer-Labor candidate Mark Dayton as governor, says the local's principal officer, Sue Mauren. Writes Mauren in her blog

Our new DFL governor, Mark Dayton, wasted no time demonstrating why we Teamsters worked so hard to elect him. “I’m really shocked,” he said. “Government is not a beast. Public servants are not beasts. They are fellow citizens . . . extraordinarily dedicated, hard working people, who are striving to make ends meet for their families . . . just as people in the private sector are.” If that ridiculous and destructive bill reaches his desk, count on Mark kill it with his veto pen.

Perhaps the politicians in Minnesota, where the unemployment rate is 7 percent, can focus on creating jobs instead of cutting them.
Posted by Teamster Power at 1:18 PM