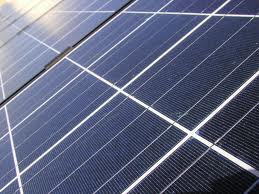 Are we ready to take China's economic threat seriously now?
The Boston Globe today reports that 800 jobs will be lost because a solar plant in Devens, Mass., is closing and moving production to its factory in China.

The Commonwealth of Massachusetts gave the company, Evergreen Solar, $58 million in taxpayer subsidies to open the plant two years ago. China's government must have done better. Reports the Globe,


Evergreen itself has a factory in Wuhan, China, built in collaboration with a Chinese company, Jiawei Solarchina Co. Ltd., and with money from a Chinese government investment fund.

You know that high-speed rail line planned from San Francisco to San Diego that we can barely afford to start? China wants to build it and sell us the trains. Reports McClatchy DC,


The Chinese want in on the state's fledgling high-speed rail project. They're eager to help bankroll and build the system and, eventually, provide the trains to operate on the tracks.

Let's face it, China is going to eat America's lunch unless the U.S. government fosters emerging industries, protects existing ones and invests in our infrastructure. Check out this slide show from Business Insider that illustrates some jaw-dropping facts about China. Here are a few:

Posted by Teamster Power at 1:49 PM