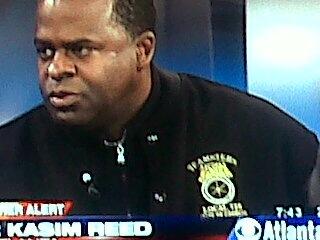 ﻿ ﻿ Brother Ben Speight from Local 728 sends us this tremendous link to an Atlanta news broadcast in which Mayor Kasim Reed is wearing a Teamsters jacket.

The mayor stopped by CBS's Atlanta studio on Monday to talk about the city's snow removal after a huge snowstorm hit the city. Brother Speight explains how he got the jacket:


Mayor Reed visited our local's general membership meeting following his election victory in 09 to show his appreciation for our support. He asked for some Teamster gear. So we gave him this jacket.  It says 'Kasim Reed, Mayor of Atlanta' embroidered on it.