Sure, let's give all our technology to China 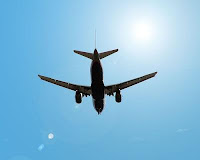 Today we learned from the Wall Street Journal that a U.S. battery firm will share its lithium-ion battery and pack technology in a joint venture with China -- so China can export electric cars. We learned from the New York Times that GE will share its most sophisticated jet electronics technology in a joint venture with a state-owned Chinese company. And we learned from the Washington Post that Manitowoc Co., bought a plant in China to make restaurant equipment -- and Chinese competitors stole Manitowoc's designs and ideas.

This is not good, but it's not surprising. As Economy in Crisis notes,


...the Chinese government frequently requires U.S. businesses to share proprietary knowledge in exchange for access to the Chinese market. With over a billion people, this is an allure few companies can pass up. When that method fails to gain technological secrets, the Chinese government turns a blind eye to intellectual property laws if a company just outright steals patented or protected information.

Peter Cohan at DailyFinance is especially disturbed that GE may be helping to arm China's military. "If you don't have a problem with that, maybe you should," he writes.

After all, China just flight-tested a prototype stealth fighter (pictured), it continues to build up its military -- and we can only hope it's not planning to expand its territory in ways that threaten the U.S.

Cohan doesn't think much of U.S. CEOs who happen to live in the U.S. but have no patriotism.


All this corporate maneuvering raises an important question: Who's in charge? To me, it looks like big-company CEOs are making the decisions that will determine America's fate. These execs may live in the U.S., but they're making big money by selling our best technology to China.