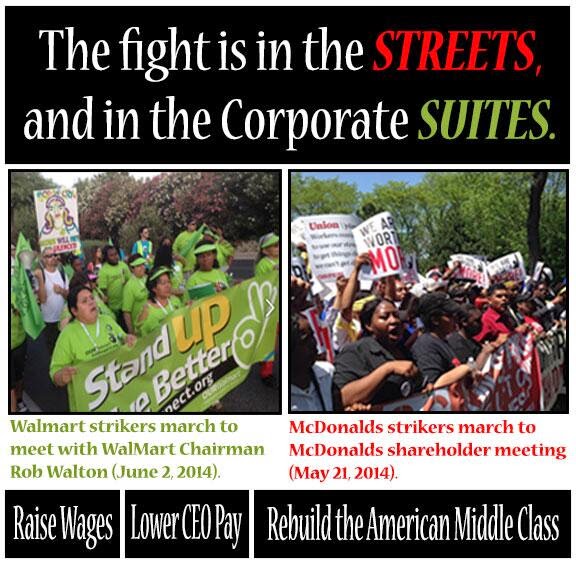 Walmart strikers are raising public awareness of the way the company robs treats its workers, according to a new poll by Lake Research Partners.

The perception that Walmart makes plenty of money and can afford to pay its workers more is driving customers away, the poll showed:

The data is clear that Walmart’s record of treating workers poorly is harming the company’s reputation. Furthermore, the concerns about Walmart’s pay and treatment of workers is putting its market share at risk, leading even some of its most loyal customers to consider avoiding the store.

Though popular, Walmart has the highest negative ratings of any big retailer in the United States.

And more news on the Walmart front:  Walmart's new CEO met with strikers last week to talk to them about creating more opportunities. And Walmart workers who walked off the job last week returned to work safely.

Posted by Teamster Power at 4:55 PM