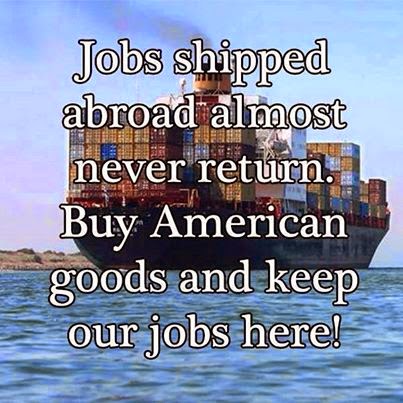 Now the U.S. Senate has a chance to do something good for the American people and pass that bill, too.

Rep. Alan Grayson, a Florida Democrat, proposed the ban as an amendment to a funding bill. The amendment was approved by a voice vote, and the underlying bill was passed 321-87.

According to Inside U.S. Trade,


Grayson's amendment, H. Amdt. 761, consists of one sentence stating that "[n]one of the funds made available by this Act may be used to negotiate an agreement that includes a waiver of the 'Buy American Act.'"

...A congressional aide supportive of the language said it is intended to block USTR from negotiating agreements like the Trans-Pacific Partnership (TPP) and the Transatlantic Trade and Investment Partnership (TTIP) that would provide foreign suppliers the same treatment as domestic companies when it comes to procurement of goods by the U.S. federal government.

Inside U.S. Trade also quoted the aide saying the vote sends a signal that there is serious congressional opposition to trade agreements. Typically, Buy American requirements are waived as a result of trade deals.

(TTIP, by the way, is also known as TAFTA. For obvious reasons, supporters prefer  not to call it TAFTA.)