Supreme Court delivers bruise to unions, not a KO 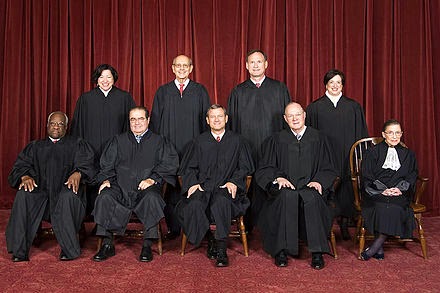 Today the U.S. Supreme Court ruled 5-4 in a narrow decision that home health care workers reimbused by the state cannot be charged for union representation.

A Koch-linked group brought the case before the court in an effort to take away collective bargaining rights for public sector employees. They failed.


In the case Harris v. Quinn, the court's five conservative justices ruled that home-care workers in Illinois—such as the lead plaintiff, Pam Harris—cannot be forced to pay dues to a union if they're not union members because they are not full-fledged public employees like cops, firefighters, and teachers.

But there's good news for organized labor: The court did not deliver the killer blow to public-employee unions as some warned it might. The court declined to overturn the 1977 decision in Abood v. Detroit Board of Education, the opinion that upheld the model of public-employee unionism. Had the court tossed out Abood, it would've essentially made right-to-work—one of the conservative movement's favorite anti-union policies—the law of the land and dramatically damaged the ability of unions such as SEIU, AFSCME, and others that represent public workers to collect dues and engage in political and issue advocacy.

The National Employment Law Project (NELP) notes the decision makes an unjustified distinction among the ‘customer’ receiving care, the personal assistant providing the care and the state paying for the care. Christine Owens, NELP's director, said the decision does not evenly balance the scales of justice:


...the court elevated the interests of the minority objecting to paying their fair share over those of the majority who had democratically elected a union and the State that had concluded this form of representation was in the best interest of all parties.... Far from helping to create good jobs and provide good care for the elderly and disabled, the court’s decision will make it harder to achieve these important societal and economic objectives.

Stay tuned. You'll be hearing more about this.