What does the NLRB ruling on unions for college athletes really mean? 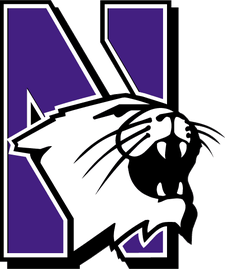 Many questions remain in the wake of last week's historic NLRB decision that Northwestern University scholarship athletes have a right to form a union. The NCAA will no doubt fight the NLRB's ruling that the football players are employees, and the ruling could affect college athletics around the country.

We do know some things, though, about the potential impact of the decision:

The NLRB ruling applies only to private colleges and universities. That's because the National Labor Relations Act only covers private employers. Athletes at public schools would have to proceed under state law. In states like Michigan, public employees have the same rights as private employees but they're governed by the state agency rather than the federal.

Unionizing could give college athletes a say in their working life. Many college athletes are subject to strict rules about where they live, when they work, what they wear and where they go. There are restrictions on their public comments and social media postings. They cannot profit off their image or reputation. Their schedules are tightly controlled, and they can be required to devote as many as 50 hours per week on football activities during the season. Should college athletes organize a union, they could negotiate changes to these restrictions.

Players say they want to negotiate for full cost-of-attendance scholarships and the right to their names, images, and likenesses. They want basic safety standards, protection for the scholarships of injured athletes and an end to the practice of making athletes pay for injuries and sports-related health issues. They want the NCAA to keep athletes from having to shoulder the costs of injuries and sports-related health issues. They want more rights in the NCAA’s disciplinary process, more rights to transfer between schools and better graduation rates. (Read more about their demands here.)

(With thanks to ThinkProgress.)