It's the trade deficit, stupid

It's not what you're hearing from Fox News, but it's true.

Dave Johnson at the Campaign for America's Future explains it well:


The trade deficit is in the vicinity of $500 billion a year. Imagine the effect on our economy if companies that make and do things in the U.S. received $500 billion more in orders this year, and next year and again every year after that. Think about the people who would be hired, the factories and businesses (re)opening, the boom among suppliers and stores and everything else. Think about the boom in tax revenue that would help our schools and fix our roads. THAT is what the $500 billion trade deficit is – it’s the loss of all of those jobs, businesses, higher wages and taxes.

The simple message: The trade deficit costs jobs. Please ask your elected officials and candidates what they plan to do to fix it.

Here's a chart that shows what's happened to the US trade balance since 1960. That steep drop that looks like a marble dropping off a table started with Nafta. 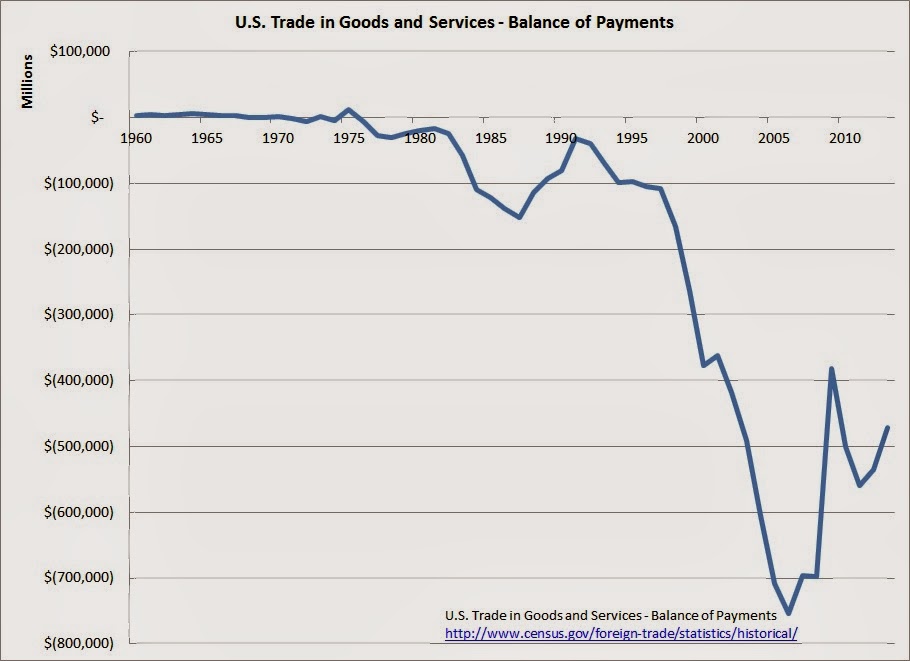