It's politics that determines union density 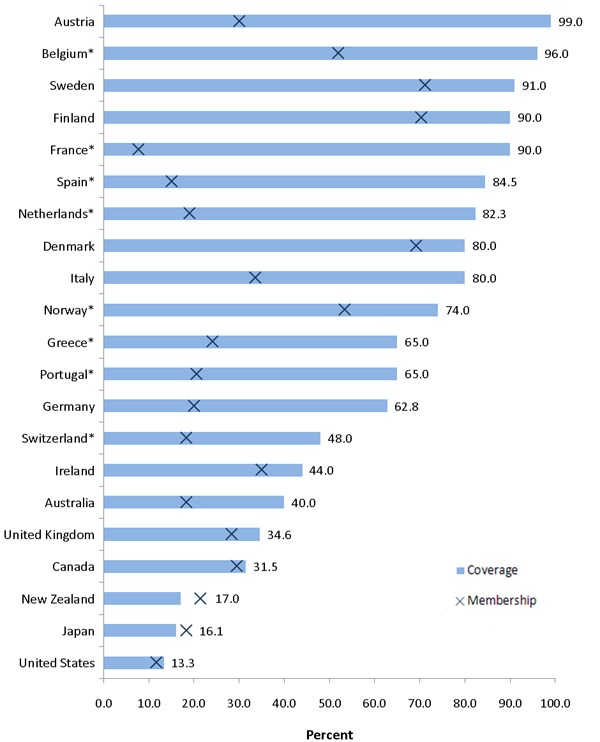 The folks at the Center for Economic Policy Research came up with this chart to refute the argument that technological change and globalization made unions obsolete.

The study, called Politics Matter, points out that it's the political climate that makes the difference.


Instead, for 21 rich economies, including the United States, what we see over the last five decades is a wide range of trends in union membership and collective bargaining.


Countries strongly identified during the postwar period with social democratic parties – Sweden, Denmark, Norway, and Finland – have generally seen small increases in union coverage and only small decreases in union membership since 1980.

These patterns are consistent with the view that national politics are a more important determinant of recent trends in unionization than globalization or technological change.