A large contingent of Teamsters joined well over 3,000 workers in Jefferson City today to rally against right-to-work and paycheck deception bills before the Missouri Legislature.

Secretary of State Jason Kander looked out at the huge crowd and said he felt like the cavalry arrived.

Extremists backed by ALEC are pushing the unfair, anti-worker legislation. Fortunately, there is bipartisan opposition to it. Republican and Democratic lawmakers spoke to the working people standing in front of the state capitol. Their message: lawmakers need to get their priorities straight and work on creating good jobs.

Gov. Jay Nixon, who vetoed a right-to-work-for-less bill last year, spoke to the crowd. He said if a right-to-work bill reaches his desk he'll veto it again. And if it's put on the ballot, he pledged to stand with union to beat it again.

Zweifel said unions let parents spend times coaching soccer teams or leading scout troops instead of taking two jobs just to make ends week. His father and grandfather were union carpenters, and he remembers a sticker on his dad's lunchbox. It said,


Right to work is a ripoff.

Watch the rally at the Statehouse here. 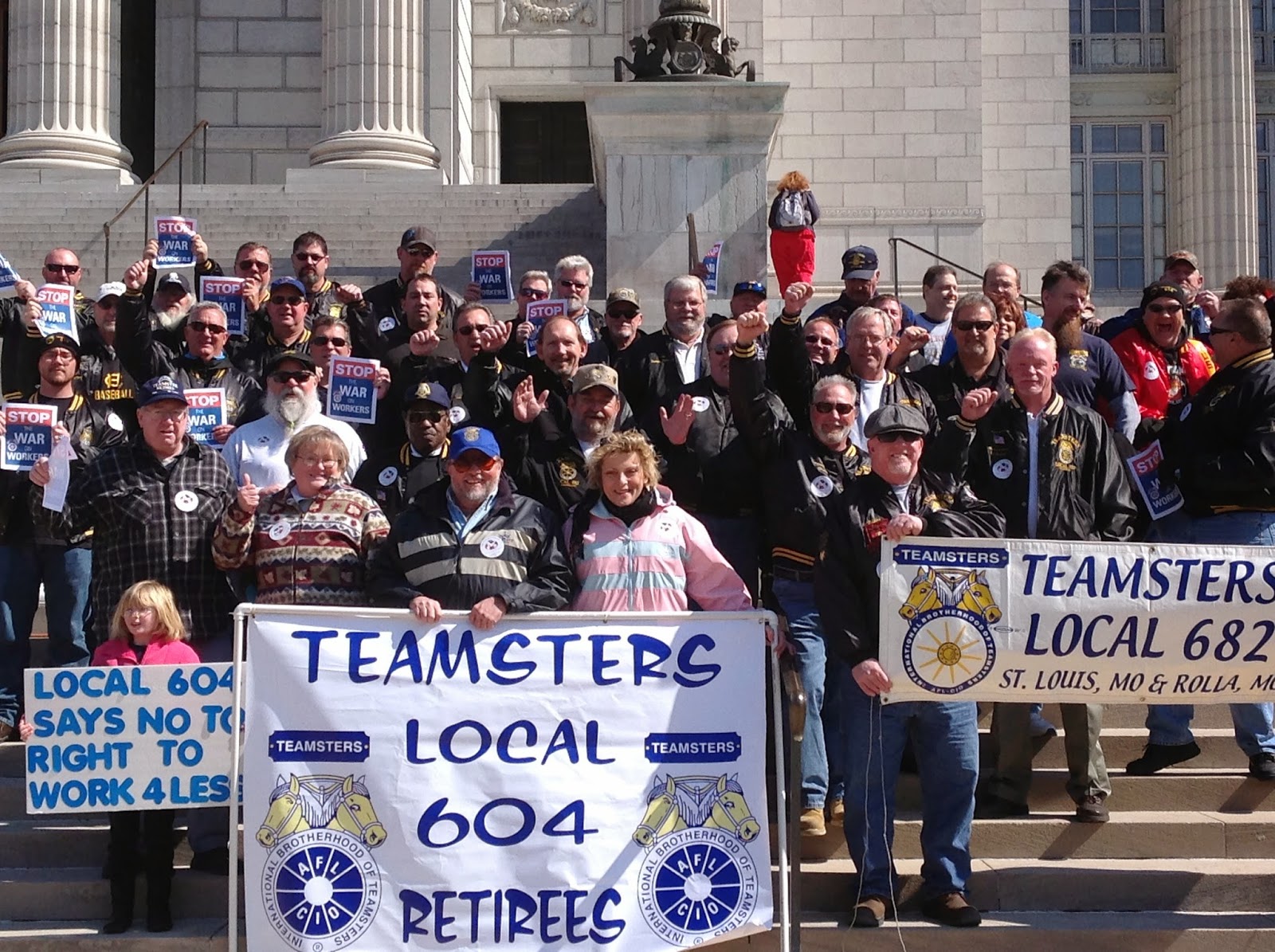 Posted by Teamster Power at 1:46 PM