The rise of the .01 percent in America 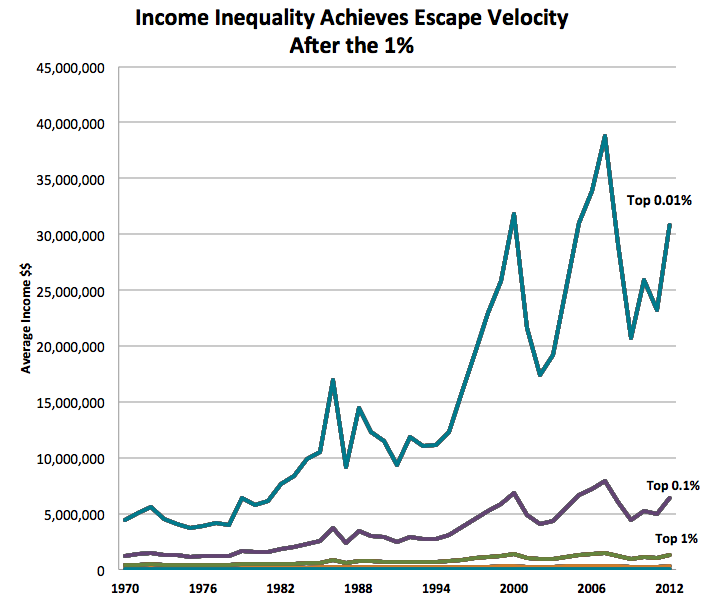 The Atlantic explains why:


Practically all the growth in average income at the top comes from stocks. Between 1992 and 2007, the average salary of a top-400 tax return doubled, but average capital gains haul increased 13X. Wages are for normal people. The richest get richer from their investments.

So when workers' wages are cut by profitable companies in order to make the shareholders happy, blame the greed of the .01 percent.
Posted by Teamster Power at 2:27 PM