Today Teamsters General President Jim Hoffa and Local 463 member Jerry Reeves stood shoulder to shoulder with members of Congress at a news conference today to denounce Fast Track legislation that would make it easier for the TPP to pass.

Reeves, a worker at Lehigh Valley Dairies in Landsdale, Pa.,  said the TPP would hurt the nation’s dairy industry because a New Zealand conglomerate would be granted special access to the U.S. for its cheap dairy exports. Reeves said the deal could threaten the livelihoods of 40,000 Teamster dairy workers.


TPP is shaping up to be a bad deal. Fast Track is the wrong track. We need these good jobs to stay here for working families.

Hoffa said he was proud the United States has the best environmental, labor and food safety laws. "The TPP will undermine all of them," he said. "Fast Track is the wrong track." 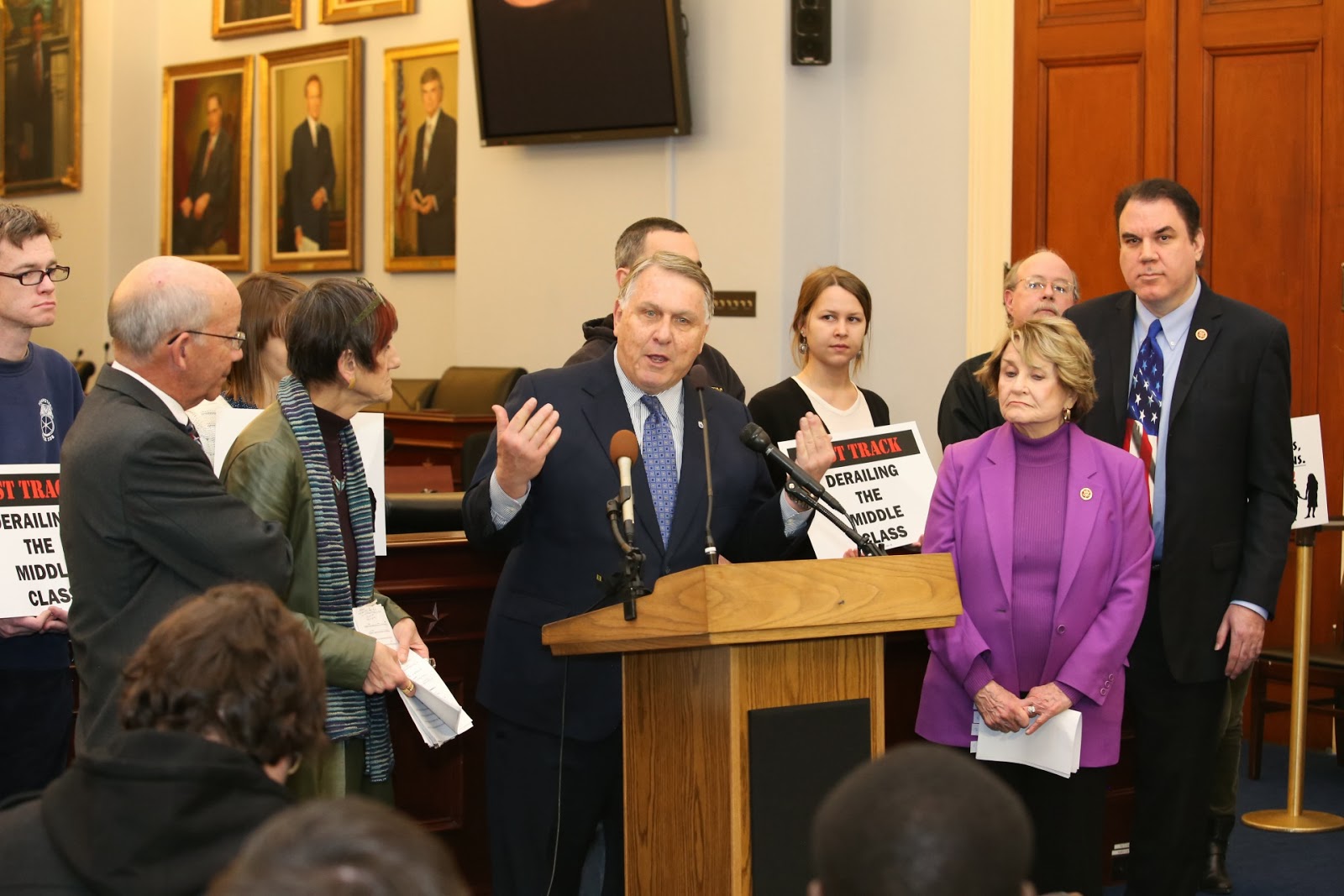 He called the TPP "a corporate power grab that will harm workers all over the world.” Read the Teamsters press statement here.


The largest export for the US over the last 20 years has been jobs.

In other trade news today, the Economic Policy Institute issued a report that shows ending currency manipulation could create 5.8 million jobs. The TPP does not deal with currency manipulation, according to reports. (We can't be sure, of course, because the negotiations are secret.) Reports EPI:
Eliminating currency manipulation would reduce the U.S. trade deficit by $200 billion in three years under a “low-impact” scenario and $500 billion under a “high-impact scenario.” This would increase annual U.S. GDP by between $288 billion and $720 billion (between 2.0 percent and 4.9 percent).

As usual, ABC News missed the news conference. A report by Media Matters showed ABC has for six months completely ignored TPP, the most important jobs and wages issue in a generation. That, of course, is because ABC's corporate owners want to TPP passed. They know it couldn't possibly pass if most people knew about it.