NYC mayor worries about horses, not humans, in traffic 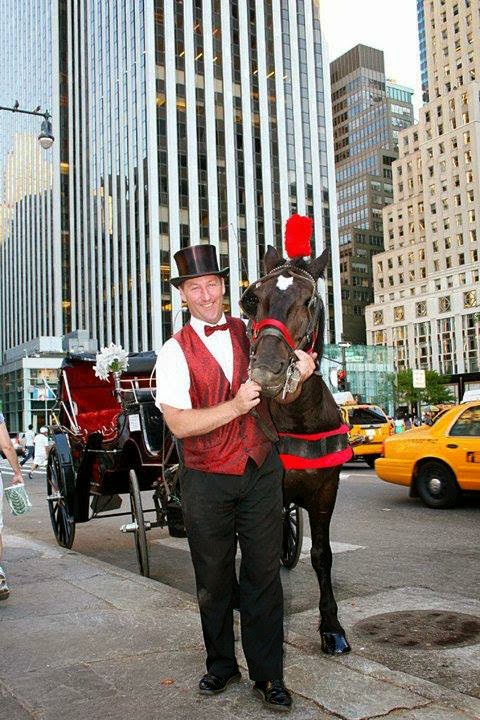 We've been wondering why it's okay for New York's new 'progressive' mayor to destroy the jobs of 300 or so horse-carriage drivers who earn about $60,000 a year. After all, he claimed he was going to fight inequality as mayor. Eliminating working class jobs doesn't exactly accomplish that.

Now the New York Post is pointing out another hypocritical aspect of Bill de Blasio's crusade to replace New York's storied horse carriages with replica antique cars. He says the traffic is too dangerous for horses.

What the Post editors want to know is, What about the humans?

De Blasio recently appeared on The Daily Show, where he claimed the city's traffic is too dangerous for horses.


“Since 2011, there have been seven reported incidents involving horses: two collapsing and one dying, two getting spooked, and two involved in accidents” with vehicles.” The last horse killed by a car was Spotty in 2006.

If it’s not safe for a 1,500-pound horse to be exposed to traffic, surely it’s far more dangerous for the city to allow children to ride their bikes or grown men to haul pedicabs. So where’s the de Blasio promise to ban bikes and pedicabs because of the­ ­cruelty to humans?

Posted by Teamster Power at 3:11 PM