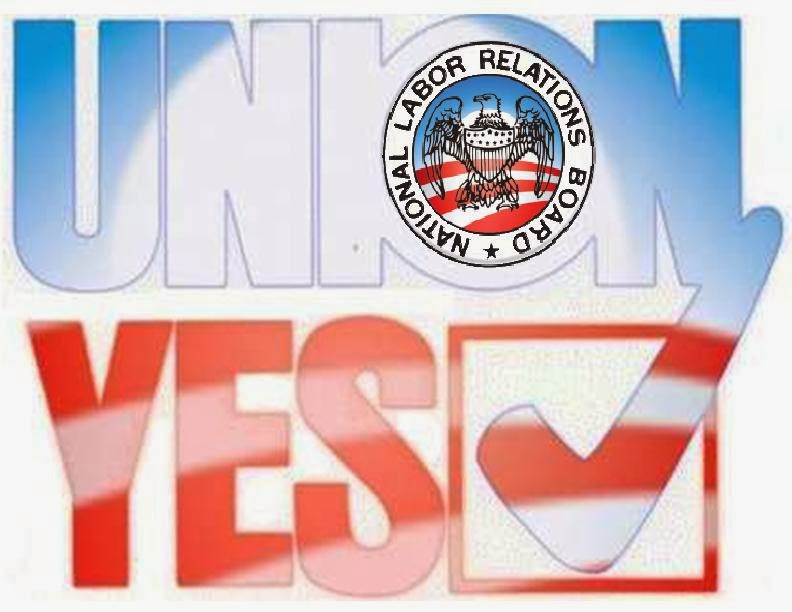 Today the National Labor Relations Board said it will again propose rules to streamline and speed elections for union representation.

Let's hope it succeeds this time.

The NLRB says the proposal:


...presents a number of changes to the Board’s representation case procedures aimed at modernizing processes, enhancing transparency and eliminating unnecessary litigation and delay...

We all know the decked is stacked against unions today as never before. We all know that delaying elections is a standard union-busting ploy. A 2011 study by the Institute for Social and Economic Research and Policy Research found;


...nearly 50 percent of all serious allegations of union busting tactics -- both legal and illegal -- by employers happens after workers express initial interest in a union, but before an official petition has even been filed requesting a vote on union representation.

The Wall Street Journal predicts a fight from business:


The changes would delay employers' ability to complete legal challenges that can drag out the process of voting to unionize. Labor unions contend that would eliminate employer litigation used to stall the election process, but business groups say it would limit employers' ability to launch timely challenges and counter union-organizing campaigns.

The proposal also would require employers to provide the union with email addresses of employees who would be eligible to vote and would allow for electronic filing of election materials—a hot-button issue that business representatives oppose.

Josh Eidelson at Salon reminds us what happened last time the NLRB proposed the same change:


Without assessing the merits of the Labor Board’s proposal, Judge James Boasberg ruled in 2012 that “the rule was adopted without the statutorily required quorum” of three members “present,” because GOP Member Brian Hayes “simply did not show up” for an electronic vote.

The good news: There's a quorum this time, with the three Democratic members voting for it and the two Republicans voting against.