NJ vote today could shake up port and parcel trucking 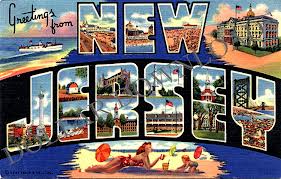 The New Jersey Assembly today is expected to vote on a bill to end the misclassification of port and parcel delivery truck drivers as independent operators.

If it passes, Martin Bricketto at Law 360 says it


...would effectively kill the use of independent owner-operators in those industries.

FedEx is lobbying hard against the bill:

The Teamsters strongly support the measure because it would crack down on companies that misclassify workers to avoid paying Social Security, Medicare, unemployment insurance and employee benefits, including overtime pay.

Fred Potter, a Teamsters vice president and Port Division director, says it's a plus for workers. Potter says the only people who should fear the measure are those who misclassify their workers.

Stay tuned.
Posted by Teamster Power at 9:38 AM