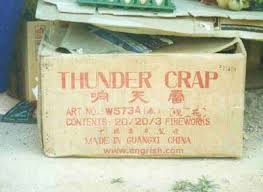 We'd just love to meet the geniuses who think it's a good idea to let China equip our armed forces.

The Alliance for American Manufacturing produced a report, "Remaking American Security," written by retired Army General John Adams. He begins the report with this dire warning:

Then there's this disturbing fact:


“The United States is completely dependent on a single Chinese company for the chemical needed to produce the solid rocket fuel used to propel HELLFIRE missiles.”

Alarmed yet? If not, the Alliance for American Manufacturing reports:
Adams concludes the health of the U.S. defense industrial base is in jeopardy -- as is our national security. He writes we are vulnerable to major disruptions in foreign supplies that could be devastating. They include:
The good news is that we can turn this dire situation around. Read how here.
Posted by Teamster Power at 2:55 PM