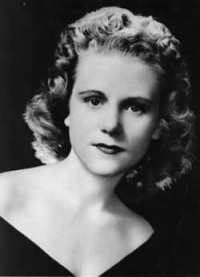 Viola Liuzzo, murdered by the Ku Klux Klan in 1965 for her role in the civil rights movement, is being inducted into Labor's International Hall of Fame today. She was the wife of a Teamster business agent and a heroine to us all.

A recent CNN story describes what happened more than four decades ago:


The murder of Viola Liuzzo was one of the most shocking moments in the civil rights movement. On a winding, isolated road outside Selma, Liuzzo was ambushed and shot to death by a car full of Ku Klux Klansmen.

She was murdered while giving a ride to a 19-year-old black man, Leroy Moton, one of many civil rights marchers she had driven around Selma. Liuzzo had joined the movement's carpool system soon after arriving in the small Alabama town. Liuzzo's murder became international news. Her photo became a fixture in history books. Her name has been inscribed on civil rights memorials throughout the United States.

But people had far less sympathy for Liuzzo when she was murdered. Hate mail flooded her family's Detroit home, accusing her of being a deranged communist. Crosses were burned in front of the home. Her husband, Anthony Liuzzo Sr., had to hire armed guards to protect his family.

A Ladies' Home Journal magazine survey taken right after Liuzzo's death asked its readers what kind of woman would leave her family for a civil rights demonstration. The magazine suggested that she had brought death on herself by leaving home -- and 55% of its readers agreed.

The Hall of Fame is also inducting two other women today:
Labor's International Hall of Fame announced the inductees in September in a statement:

These incredible advocates are so deserving of the labor movement’s recognition and remembrance. We look forward to the induction ceremony on May 16, 2013, and making sure the rich histories of sisters Liuzzo, Clemenc and Dubrow are properly remembered.

Posted by Teamster Power at 3:24 PM