The Tea Party's over in NH 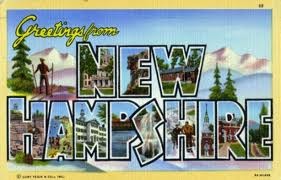 Politico reports that President Obama's popularity is improving in New Hampshire -- partly because of the Tea Party's unpopularity. Reports Politico:


According to a memo shared with POLITICO, the president’s rebound in the state coincides with voters turning against the Republican state legislature there. In February of 2011, 49 percent of voters said they favored the agenda of the GOP legislature; now, only 38 percent say they support it, with 51 percent saying the opposite.


Perhaps the central legislative flash point in New Hampshire politics over the last year has been a “right to work” law Republicans have pushed, but have not been able to pass due to the opposition of Democratic Gov. John Lynch. The BSG memo makes the case that Democrats are winning the message war on the issue: Sixty-four percent of voters said a right to work bill should not be a high priority and 51 percent of voters agreed with the statement: “Unions are good. They make sure employers provide good wages, benefits and a safe work environment.”

Posted by Teamster Power at 2:00 PM