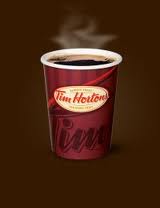 Angry Bear featured a terrific post this morning from Canada. It explained why pensions and lifetime -- not living -- wages are essential for a stable society. The crux of the argument is this:

...on average every person working must earn double what it costs him to live. That extra money pays for the child the worker is before he goes to work, and the senior he is afterwards. For the population of Canada to stay level, each Canadian must raise one child, and he must support himself once he retires. What it costs to do that is the “lifetime wage.”

...Whatever way you try to jig the numbers, half the population depends on the other half just to live. In a nation, these life-stages overlap so the burden levels out over time, but effectively one half is always supporting the other. Paying out to each worker less than double the bare cost of living in a closed system will result in collapse or shrinkage of the system.

Canada, we are told by Angry Bear, prides itself on being a secure, stable nation. That security and stability is provided by the government through a nationalized, centralized, fixed-benefit pension:


The chaotic, competitive and short term business community won’t and probably can’t supply that stability; only a government has the ability over generations to ensure stability.

What about the childhood end of the equation? The author argues that poor nations foot the bill for raising children before they enter Canada's work force.


In Canada in 2010, of the 280,000 immigrants, 60% were “economic” (adults ready to work.) Another 28% were classed as “family.” The hard lifting of childbirth and childrearing and child mortality was done by other countries with no cost to Canada. In fact, immigrants pay a small but significant landing fee, $500 to $1000 depending on entry class. We further maximized the value of the outsourced new citizens by selecting capable applicants free of serious medical problems.

And here's a great line:


Nations grow their own people, they don’t rent them.

Wondering where the Tim Horton coffee cup comes from? (We were saving that for last):


One of the best loved Canadian drinks is the famed Double-Double, a big coffee with two creams and two sugars from the Tim Horton’s coffee shop chain. Millions of double-doubles warm grateful workers hands and wake up their brains on the way to work each morning. Want to raise a cheer from a Canadian crowd? Just toast the double-double. But Canadian workers need more than coffee to see them through. They need wages and pensions.