WI recall: What it all means 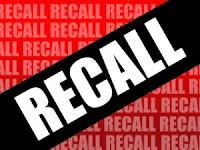 Spin doctors are working overtime on the Wisconsin recalls, as a pickup of two Democratic state Senate seats can be interpreted differently.

Here's a way to look at it:

We gained real ground in Wisconsin. Teamster-endorsed candidates were competitive in almost every district -- districts that voted for Republicans during a Democratic landslide.

And we started a movement that depends on people power, not corporate money. More than 1 million voters were contacted, more than 125,000 doors were knocked on and 12,000 people volunteered for the recalls.

We still need to protect the two courageous Democratic state senators who left the state to prevent a vote on Koch whore Gov. Scott Walker's agenda to destroy the middle class. State Sens. Robert Wirch and Jim Holperin stand for recall on Tuesday, Aug. 16.
Here are some observations from the tweetosphere:


RT@wi_defender: Walker won these 6 districts by AVERAGE of 13 points 9 months ago and Wisconsin voters FLIPPED 2 of them


Two seats & Dale Schultz not a lockstep vote, not bad.


Big congrats to #wiunion for the #wirecall of Hopper and Kapanke. #GOP pols now know they might lose their jobs for attacking middle class.


If Pasch loses because of the mysterious business in Waukesha, there needs to be more protests.


The Wisconsin Senate now has a pro-union majority. That's what winning two seats did.


How much did Koch brothers spend? Oh yeah they hid that amount.