Is psychological oppression keeping us off the streets? 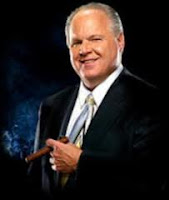 Bullying and intimidation run rampant through right-wing cable television, news media, blogosphere and tweetosphere. (Illegal wiretapping as well, but that's another story.) Here are just a few examples of the nasty insults that are so typical of the anti-worker attack machine:


In his Weekly Address Barack Obama today urged Americans to continue to transform 9-11 into a day of community service and soup kitchens...

This is what you get when you elect a radical socialist as president.
Forget about the terrorists -- go serve soup.

A vicious little lie from the tweetosphere about a bland New York Times interview with departing NLRB chair Wilma Liebman:

This brings us to a frequent comment on the Teamsters Facebook page, a variation on the question, "Why aren't we taking to the streets to fight these relentless attacks on the middle class?"

We wonder if it isn't because of deliberate, relentless psychological intimidation underwritten by the corporate CEOs and the Wall Street billionaires. Back in March, Stuart Bramhall suggested the same thing. As the Egyptian protests raged, Bramhall wrote,


Over the past three decades, such collective action has been rare in the US. Americans from all walks of life seem much more reluctant than their foreign counterparts to join any community groups or organizations, much less unions or political causes. This, I believe, relates mainly to constant bombardment (mainly via the media) with highly sophisticated political messaging prompting Americans to see themselves as “consumers” rather than engaged citizens in a participatory democracy. Wall Street has created an entire industry – the public relations industry – around creating such messages. Ironically, as the late Alex Carey describes in Taking the Risk Out of Democracy (http://www.hartford-hwp.com/archives/25/006.html), the original purpose of “pubic relations” was to discredit union organizing and strikes and simultaneously undermine strong pro-worker sentiment among the American public.

We think there might be something to that....
Posted by Teamster Power at 3:56 PM