Pink Slip Rick gets a makeover 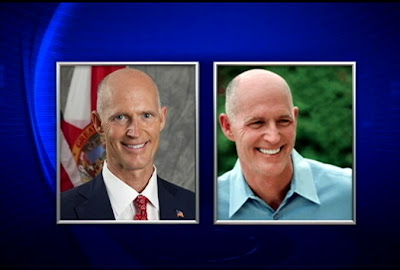 It seems the governor realized that just about everyone in Florida hates him. So he's trying to remake his image. He spent one day working in a doughnut shop, and after that all the teachers, nurses and law enforcement officers who lost their jobs because of his budget decided they loved him after all. (Yes, we're kidding.)


Gov. Scott lost the stuffy suit and tie to sport a less formal button down shirt and big smile, as seen in his new official photo sent to the media on Monday.

This commenter, "Joe," was a little less charitable:


A mug shot would be better after fleecing Florida.

Posted by Teamster Power at 4:56 PM