It isn't the deficit, stupid. It's the economy. 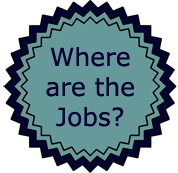 Economists are warning that the U.S. government is doing exactly the wrong thing to create jobs. They say austerity -- which isn't working so well in Europe -- won't work here either.


Since winning control of the House, the Republican leadership has been brilliantly successful in convincing some of the public, enough of the news media, and at crucial points the Obama Administration that the main threat to America is future deficits. Thus the debt-ceiling collision; thus the agreed-on cutbacks; thus the frenzy through these past few months about deficit projections.

Meanwhile, what business people, ratings agencies, financiers, investors, central bankers, and even most Republican economists (with a predictable exception) consider the real emergencies for the country -- stagnant growth, very high unemployment, the prospect of worldwide recession yet again, which among other bad effects would drive deficits even higher -- will only get worse because of the new austerity drive. These officials are all trying to wave the GOP leaders off their commitment, but the politicians don't notice, don't care, or don't grasp the point.


...was among the first in 2008 to call for stimulus spending and recently has advocated raising revenue. He would do so by limiting “tax expenditures,” the costly tax breaks for corporations and individuals that include the mortgage-interest deduction — an idea recommended in December by a majority of Mr. Obama’s fiscal commission and lately by the president.


Washington hassles over debt ceilings instead of job creation in the mistaken belief that a balanced budget will produce a balanced economy. It will not.

We are so screwed.
Posted by Teamster Power at 12:01 PM