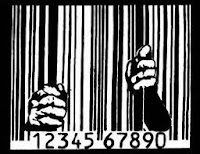 Another private prison is exposed as a barbaric hellhole. This time it's in Mississippi.

We've told you about the private prison hellhole in Ohio owned by Corrections Corporation of America (a big ALEC supporter, of course). Abuse was rampant, conditions were abysmal.

Now Bloomberg tells us about Walnut Grove juvenile detention center in Malone, Miss. It was run by GEO Group, the private prison company in Florida that wanted to take over nearly half of the state's prisons last year. (They failed.)

The state finally took control of Walnut Grove back from GEO Group in 2012, fed up with its dangerous and derelict care. Bloomberg reports,


Staff shortages, mismanagement and lax oversight had long turned it into a cauldron of violence, where female employees had sex with inmates, pitted them against each other, gave them weapons and joined their gangs, according to court records, interviews and a U.S. Justice Department report.

Here's an account of one bloody riot at the prison. The guard captain knew it was coming, but management told him to handle it himself:


Eighteen corrections officers were at the prison the day of the assault, he said -- one for every 60 prisoners. One, a gang member herself, walked through the cellblock freeing Vice Lords, then left. When the beatings and stabbings stopped, six inmates were rushed to the hospital, one with permanent brain damage.

“You got 60 inmates there and it’s just me,” said McAfee, the former guard and one of those who responded to the melee. “You just had to sit there and wait while people are fighting. It was a horrible experience.”

The worst hurt was Michael McIntosh, then 20. Six weeks after the incident, his father found him in a hospital three hours away in Greenville. The younger McIntosh’s eyes were red and blinded by blood. He had a baseball-sized lump on his head, multiple stab wounds and brain damage. He made noises like a small child.

Read the whole thing here if you need any more convincing that private prisons are a bad idea.