Confirmed CFPB head will stand up for workers

Richard Cordray had already proven to be a fine choice to head the Consumer Financial Protection Bureau (CFPB). On his watch, the agency recovered millions of dollars and halted credit card, home foreclosure and predatory lending scams. Now his tenure has been legitimized. 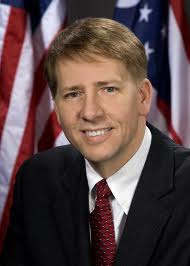 The Senate approved his nomination to serve as CFPB director last night. It ends a two-year struggle to have his nomination considered. President Obama installed Cordray, Ohio's former attorney general, in January 2012 after Republicans refused to allow a confirmation vote. That changed yesterday when Senate leaders reached an agreement to move forward.


Richard Cordray is a solid public official who has done much to protect Ohio's retirees, investors and business owners from financial fraud.

The consumer bureau was created by the 2010 Dodd-Frank financial reform law that overhauled federal financial regulatory powers. Republicans, however, did not like several aspects of it, including having a single director instead of a five-member commission.

But as Americans for Financial Reform first highlighted and we mentioned earlier this year, the CFPB under his leadership has gotten a lot done for Americans, including returning more than $450 million to consumers cheated by credit card companies and writing new regulations that prohibit banks and mortgage companies from disguising costs and making loans borrowers can't afford.

Hard-working Americans deserve an advocate who will be on our side. Sen. Elizabeth Warren said it best earlier this year during a March hearing: