Add this to the list of bad international deals aimed at increasing corporate profit: the Trade in Services Agreement (TISA). 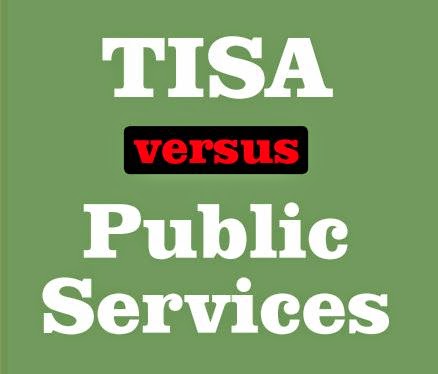 Like the Trans-Pacific Partnership (TPP) and Transatlantic Trade and Investment Partnership (TTIP), TISA is a mega-deal involving many countries. It could lower wages and working conditions for workers who provide services, such as locomotive engineers, airline pilots, bus drivers, truck drivers and warehouse workers. Worse, the TISA could take away their jobs.

TISA could well allow foreign airlines to operate within the United States or foreign investors to own U.S. airlines.
It could exempt foreign drivers from the requirement that they have U.S. drivers' licenses or the equivalent, or it could exempt them from drug tests.

According to the AFL-CIO,


The TISA negotiations largely have been kept secret, and apart from occasional leaked documents, little is known about the specific points in the agreement. The TISA negotiations should be open to the public and based on well-researched impact data. We cannot afford an agreement that hurts working people around the world and contributes to growing income inequality.

Public Services International (PSI), the global union federation for public-sector workers, is leading the way in keeping tabs on this agreement and researching its potential impacts. You can get additional information about the TISA from PSI’s website.

The International Brotherhood of Teamsters and PSI are hosting a Global Trade Summit in Washington, D.C., from Sept. 15-17, 2014, to discuss the impacts of trade on public servants.

Here's what we do know about TISA: The deal aims to deregulate government and commercial services in order to increase corporate profits. It seeks to limit the role of democratic governments to regulate in the public interest. It could vastly expand the number of work visas allowed in each country by striking the requirement that companies demonstrate a shortage of workers. In other words, more migrant workers could flood the U.S. market, hired by bad-actor employers who will pay them little and lower the wages of their American competitors.

We also know TISA negotiators have no plans for enforceable labor and human rights protections. That could create a nightmare scenario in which labor recruiters charge exorbitant funds to lure impoverished workers, hold their passport and travel documents hostage and keep the workers in virtual slavery.

To read a report on TISA by Public Services International, click here.

Posted by Teamster Power at 3:33 PM