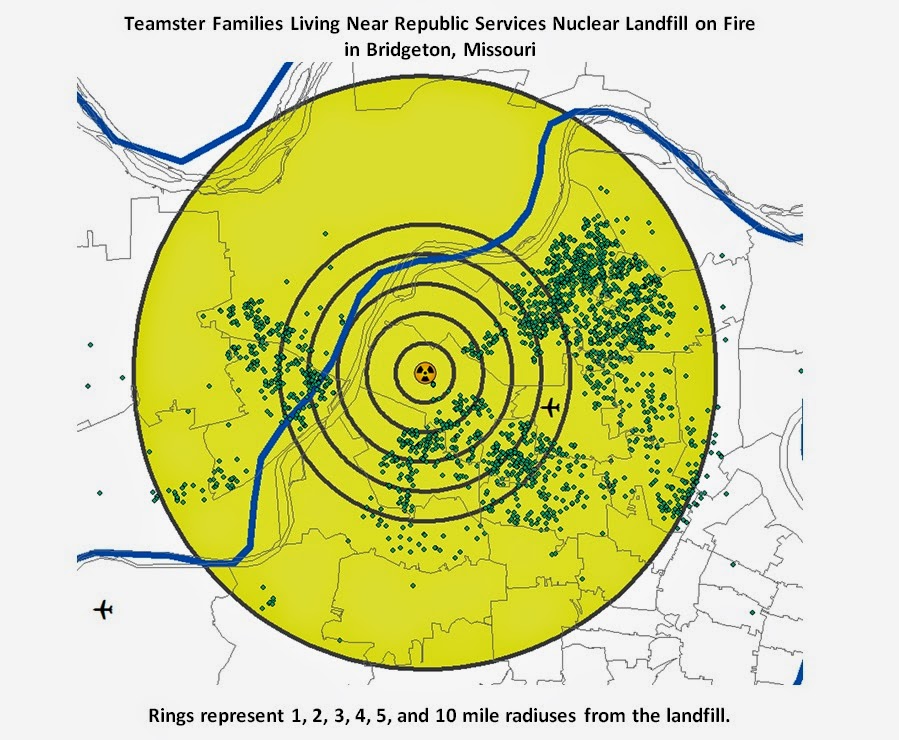 There's only one place in the country where a landfill fire smolders next to a nuclear dump site, and more than a thousand Teamster families live near it.

The Teamsters Union along with other groups will hold a public teach-in on Saturday about the threats of the West Lake Landfill Superfund site in Bridgeton. They will demand institutional support for health and safety protections from Republic Services, Bill and Melinda Gates, elected officials and the Environmental Protection Agency..

The teach-in will spread awareness of the environmental catastrophe at the West Lake Landfill. Discussions will be held on how to best keep area residents safe from the underground fire and uncontained buried nuclear wastes.

Lois Gibbs will be there as well. She is a mom who helped organize her community to fight for the health and wellness of their children after government officials allowed a school to be built on top of a toxic waste site in Love Canal, N.Y. Ms. Gibbs will be in St. Louis to discuss her journey from seeking the American dream to becoming the founder and executive director of the Center for Health, Environment & Justice.

Sponsors of Saturday’s event include the Teamsters, Just Moms STL, the Missouri Coalition for the Environment, Franciscan Sisters of Mary and other supporting organizations.

If you're interested in attending, click here. If you can't make the teach-in, you can sign a petition asking Bill Gates to put out the fire and evacuate families living near the dangerous landfill. Just click here.
Posted by Teamster Power at 3:32 PM