Our Teamster brothers and sisters in New York and Milwaukee marched in Labor Day parades on Saturday, Sept. 6, and what parades they were. We received a terrific photo from Sister Deborah Schaefer, Teamsters Local 200 member, with none other than President Obama.

Jeff Bandur, business agent with Local 200, sent us the photo with a note saying Debbie works at the Nestle USA Burlington, Wisc., plant. She said,

Labor Day 2014 is going to be one of the most memorable days in my life.  It started out early in the morning getting my Harley all shined up and ready for the annual Labor Day Parade where I meet up with my Teamster Brothers and Sisters of Local 200.  We assemble at 4th and Michigan in Milwaukee Wisconsin, where I received my Laborfest T-Shirt and tickets from my Union.

This year we were honored by a visit from President Obama, he gave an INCREDIBLE speech to a crowd of Union Members, his message was inspiring and full of emotion, after his speech I was fortunate enough to shake his hand, in fact gave him a hug, this was a once-in-a-lifetime experience, I would like to thank Local 200 Secretary Treasurer Tom Millonzi and President Tom Bennett for their leadership and involvement in Labor Day 2014.

"We don't just love New York... We ARE New York," tweeted Sister Christina Hansen (@CarriageCavalry).
And here's another great photo, and another great Tweet from Christina: 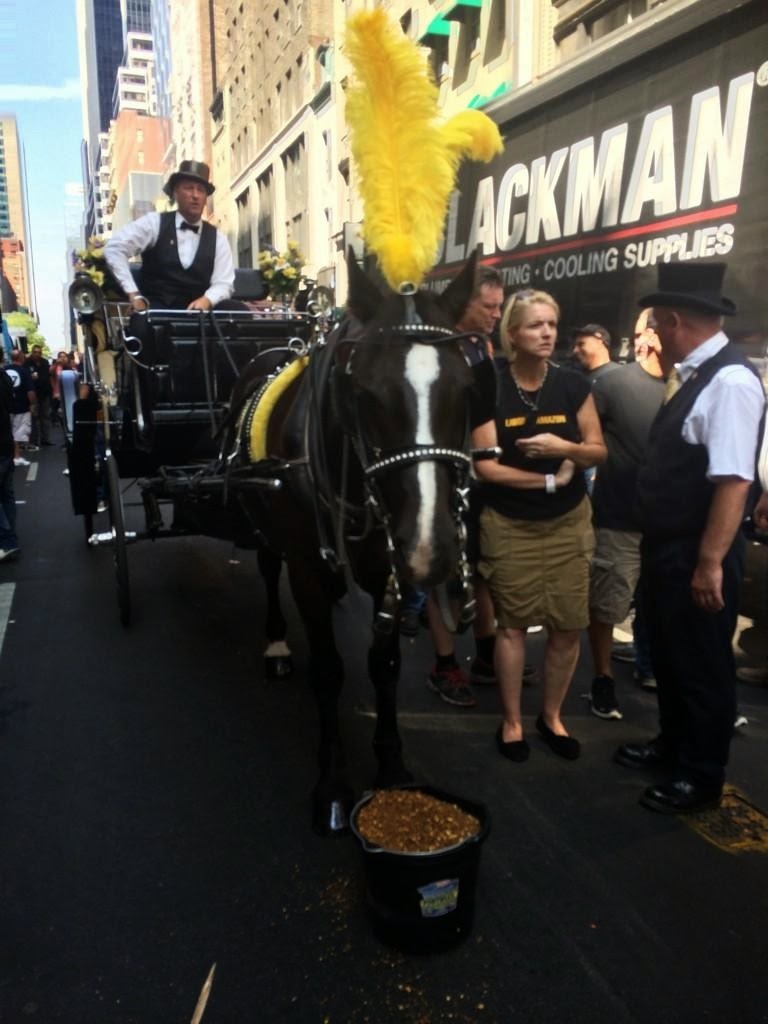 "The Horse will always be the heart of the union." International Brotherhood of @Teamsters, 1916. #LaborDayParade pic.twitter.com/kRJdK6NBiT
Posted by Teamster Power at 2:59 PM