Zombie neighborhoods: Legacy of the death of the middle class

Once thriving middle-class neighborhoods are now being invaded by zombies: foreclosed homes and shopping malls that suck the life out of living neighborhoods.

Back in the day, when wages were higher and many more workers enjoyed union protection, neighborhoods grew and improved. Now they're shrinking and falling into disrepair as wages fall, the cost of living rises and good manufacturing jobs are replaced by low-wage retail and fast-food employment.

The death of the middle class means living dead homes. According to Realty Trac:


One in every five homes in the foreclosure process is sitting vacant, abandoned by the distressed homeowner and not yet repossessed by the foreclosing lender. With no one to maintain them, these zombie foreclosures are falling into disrepair, attracting vandalism and other crime and dragging down the values of nearby homes in the neighborhood.

Florida has five housing markets in the top 10 for housing foreclosures. The state has 140,000 homes in zombie mode.

Neighbors in Ormond Beach, Fla., are trying to put a stake through the heart of zombie homes. Bay News 9 reported:


The group is targeting homes that are abandoned and decaying, with so much overgrowth they are hard to look at.

"It is an eyesore and it is exactly a zombie home because we don't even know at this point who owns the homes," said Rita Press, president of Citizens for Ormond Beach.

"I think it's gonna lower the property values if they see a rundown house," said neighbor Joe Puccino.

Unfortunately, the best solution may be to bulldoze the homes.


... full demolition. A recent study sponsored by Harvard University of zombie foreclosures in Cleveland concluded that “gut rehab” done for decades by community development organizations is “not financially viable for most Cleveland neighborhoods,” and instead “demolition will likely remain the predominant means of blight removal and market stabilization.”

When the neighborhoods go, so do the shopping malls. Matt Stopera at Buzzfeed reported zombie malls are popping up all over the country. He featured photos of 10 living dead shopping malls that were gathered on the Dead Malls Enthusiasts Facebook page.

Here's Crestwood Mall in St. Louis, which will likely be sold and razed (via Facebook: UrbanExplorationUS / Via architecturalafterlife.com) 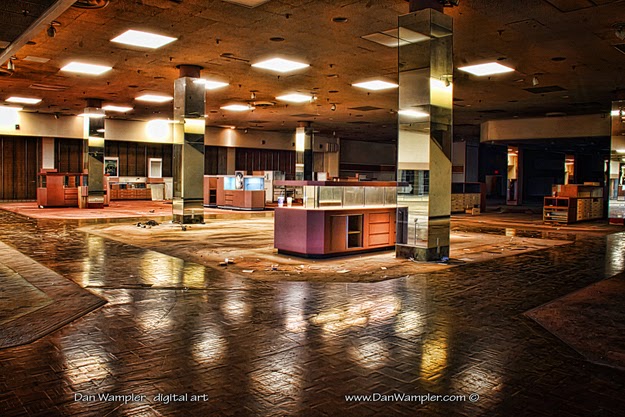 Here's the Hawthorne Plaza Mall in Hawthorne, Calif. (via Reddit.com):

And here's the Dixie Square Mall in Harvey, Ill., which has been demolished (via Detroiturbex.com): 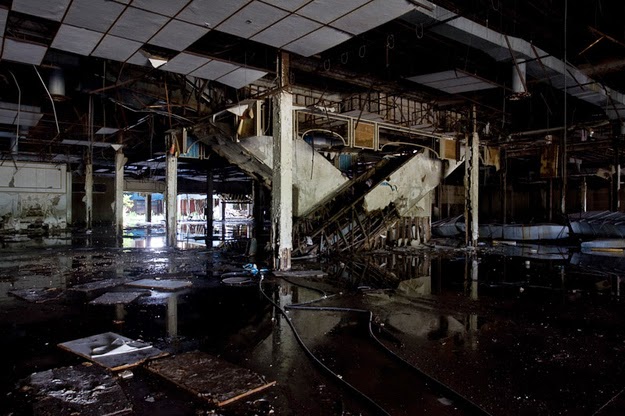 This is what the Dixie Square Mall looked like during the filming of 'Blues Brothers' (via Universal Pictures / Via dailymail.co.uk): 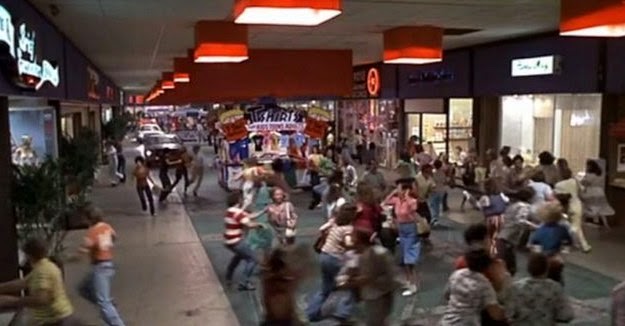 To see all the zombie malls on Buzzfeed, click here. And remember, this is what the death of the middle class looks like.

Posted by Teamster Power at 4:05 PM