Teamsters mourned the dead and vowed to fight for the living during Workers' Memorial Day services around the country over the past few days.


America is built on the promise of opportunity. We believe that everyone should have a chance to succeed, that what matters is the strength of our work ethic, the scope of our dreams, and our willingness to take responsibility for ourselves and each other. Yet each year, workplace illness and injury threaten that promise for millions of Americans, and even more tragically, thousands die on the job. This is unacceptable. On Workers Memorial Day, we honor those we have lost, and in their memory, affirm everyone's right to a safe workplace. 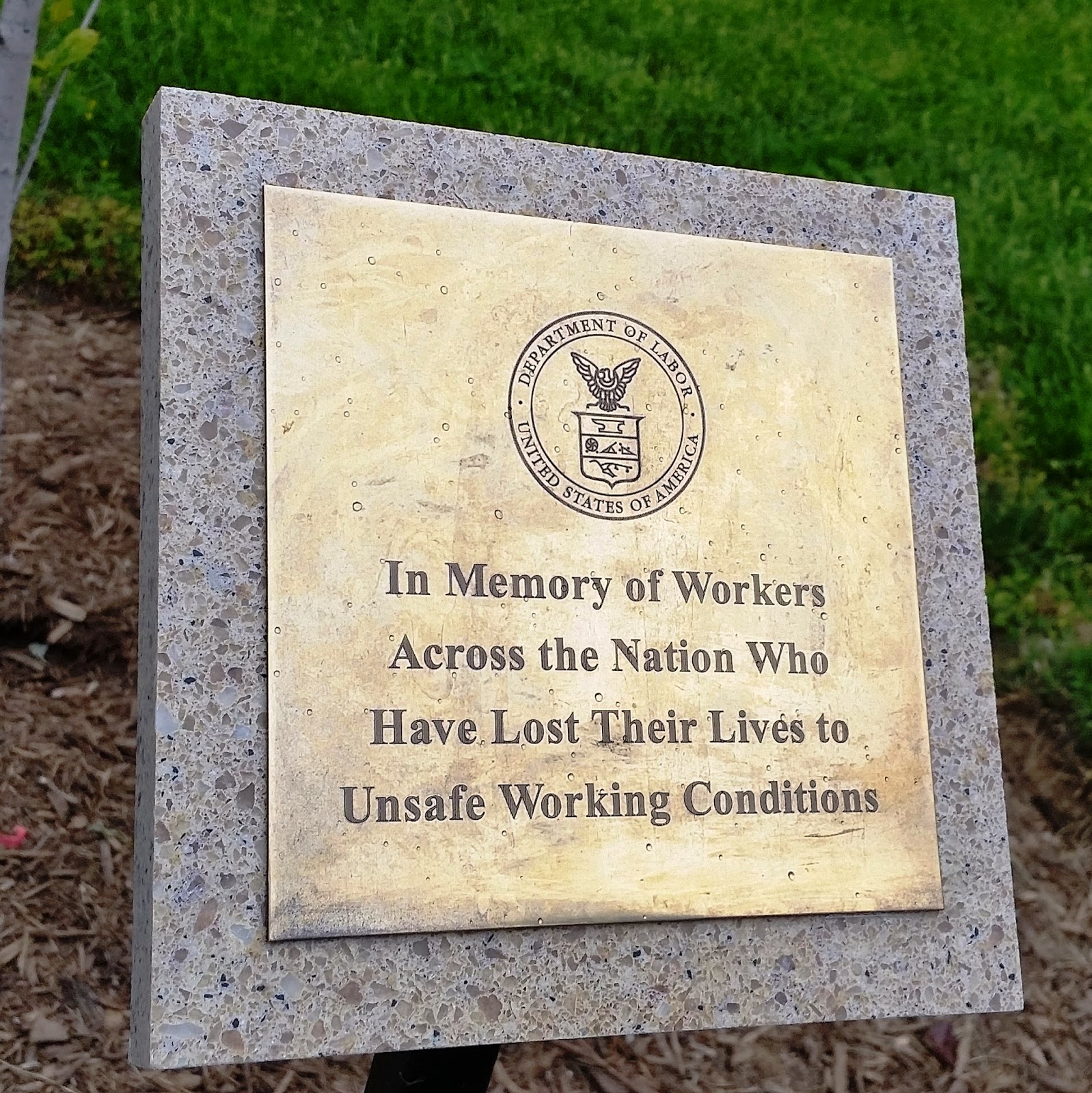 At the Washington ceremony, participants gathered at the site of the American dogwood tree  planted in 2011 on the lawn in Veterans' Plaza for a brief ceremony honoring workers who have died on the job. A moment of silence was observed in honor of the workers and families whose loss motivates union members to fight to make every job is a safe job.


No one should have to sacrifice their life for their livelihood, because a nation built on the dignity of work must provide safe working conditions for its people.  Every year, on Workers’ Memorial Day, we remember those who have been killed, hurt, or made sick by their jobs, and renew our commitment to the safety and health of every worker...

The good news is that we have made historic strides in recent decades.  It’s always worth remembering that in 1970, the year OSHA was created, there were an estimated 14,000 workplace fatalities.  That’s a staggering number.  Think about it: it’s more than one life lost every hour of every day – day and night, weekends and holidays.  But today, with a workforce twice as large, that number has dropped to 4,628 — the second lowest annual total since BLS first conducted the census of fatal injuries in 1992.

Posted by Teamster Power at 1:31 PM