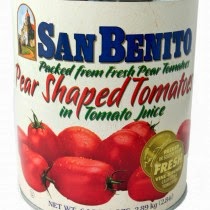 Our brothers and sisters at Teamsters Local 890 in Salinas, Calif., demanded a fair contract during a large and spirited rally outside their employer's plant last week. They are mostly seasonal workers employed by San Benito Foods in Hollister, Calif.

Bob Reid at BenitoLink tells us about 100 workers carried signs and chanted 'Si! Se puede!' Permanent employees came out and joined them in a show of Teamster solidarity.

Contract talks started in January, but have stalled over health care coverage.


Kent Rounds, Plant Manager of San Benito Foods, a Neil Jones Food Company, said that the workers "were all good people who were simply expressing themselves". He noted how friendly those gathered were being and said that, as he walked down the sidewalk past them many said, "Hello!" to him.

We hope you get a contract soon, brothers and sisters!